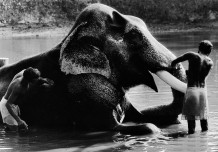 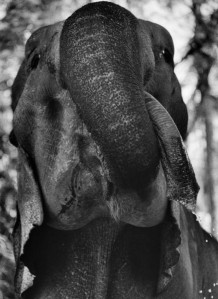 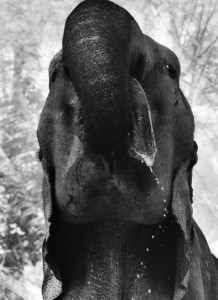 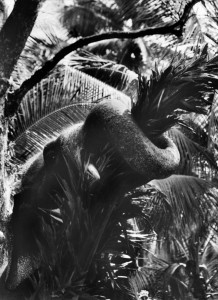 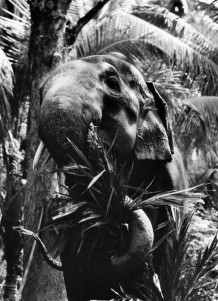 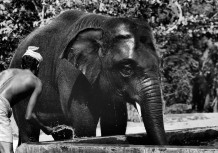 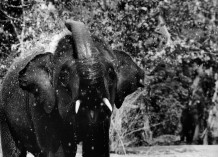 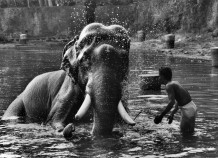 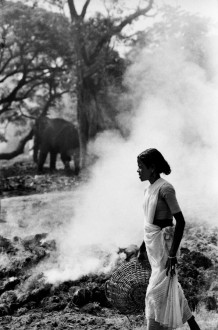 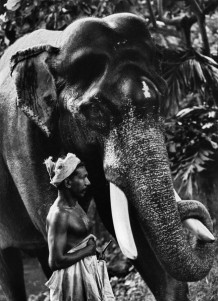 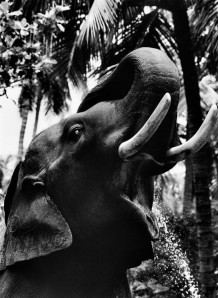 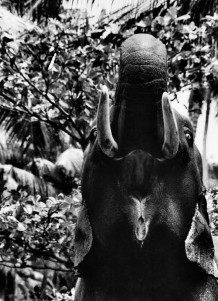 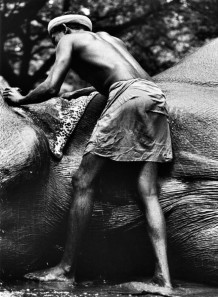 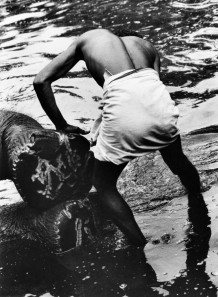 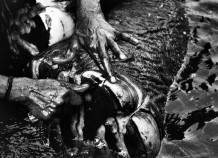 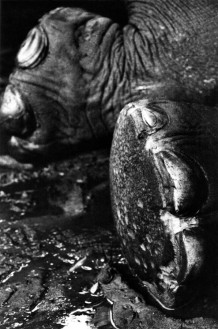 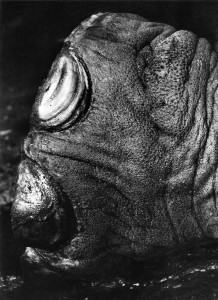 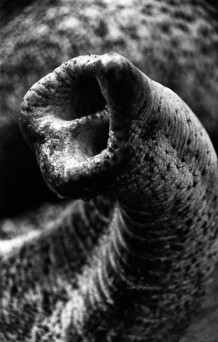 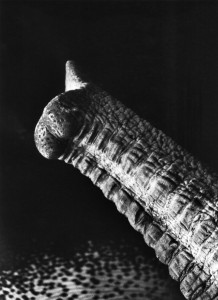 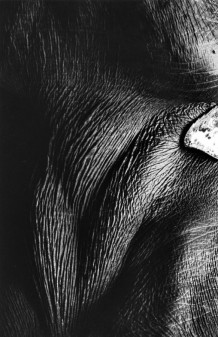 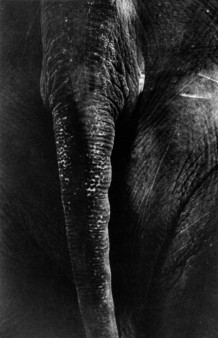 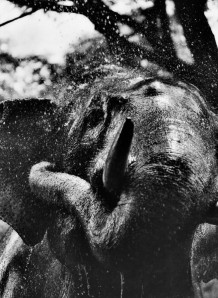 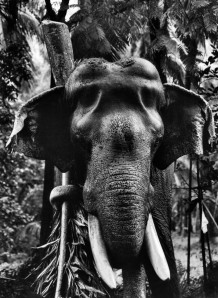 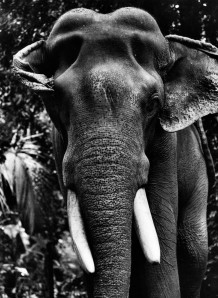 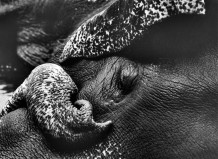 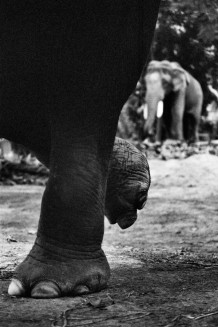 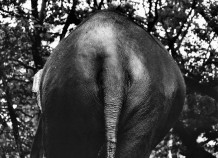 In the Elephant Sanctuary (Punnathur Kotta) of Guruvayur, Kerala, 64 elephants are kept and trained for temple purposes. All these elephants were offered by devotees. They are conducted here, as an offering to the elephant-headed Lord Ganesha, one of the most popular gods in the Hindu pantheon. "The only problem with elephants –a mahout says – is that they are crazy.” This is due to the violent development of the male sex hormone, the musth. The secretion from the musth gland triggers the tusker to run out of control. Unfortunately, the season of the heat is the same of temple festivals, during which elephants – all painted, dressed up, and loaded by ornaments and people – are forced to stay hours or even days among big crowds under the summer sun. During the last season, not a single day passed without the news of an elephant running amuck or goring a mahout to death. Nevertheless processions, even in communist, progressive and modern Kerala, still go on.