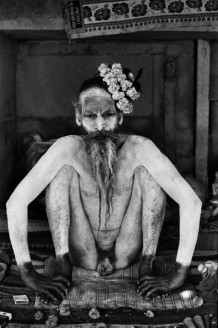 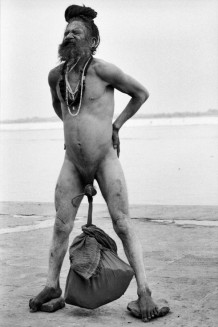 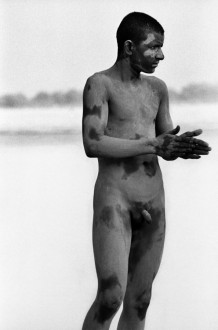 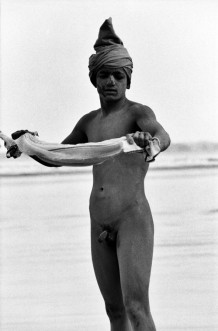 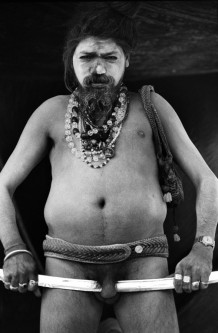 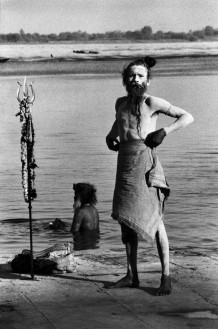 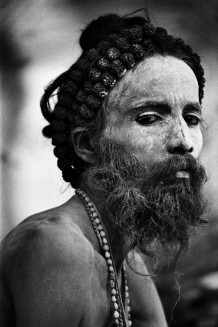 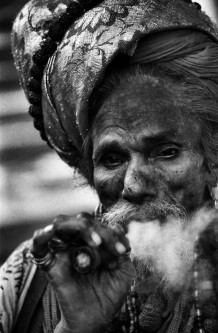 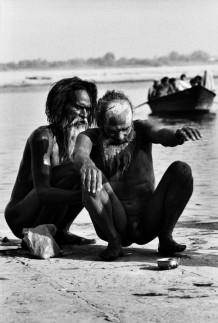 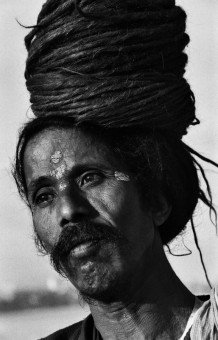 At the end of the big Kumbha Mela of 2001, Naga Babas moved from Allahabad to Benares, where they settled in Dandi Ghat till the festival of Shivaratri. Then, they took to the road again. Sadhus’ wandering in India has existed for thousands of years.

The concept of Sadhu originates from the most ancient images of Lord Shiva, Mahadeva the great god, with his long hair and ash-covered body. Sadhus do not belong to any cast, and they are free to frequent all classes of society, not needing to identify themselves with any models. Renouncing caste, social position, sexuality, authority and money, they occupy a special place in the Hindu society. They are the Universal Soul’s everlasting seekers looking forward to being absorbed in it. Their renunciations are even considered as superior to Brahmins’ rituals. Wandering from holy place to holy place, they go all over India following ritual practices and festivals, bringing news and exchanging experiences. Nevertheless in Benares, the holiest of Hindu towns, pilgrims must beware of three dangers: ghats (steps), cows and Sadhus.

Sadhus explain that they smoke charas, hashish, in honour of Shiva, called also Nilkant, the blue-necked god, blue for having drunk all the world’s poison. Smoking and being able to stay beyond that inebriation means for them being outside of the cause-effect law. They smile, remembering the three "c" of Sadhus: chillum, chai, chapatti (pipe, tea, bread).

Naga Babas’ nakedness symbolizes their renunciation of the world. Exercises with their penis signify their total control of the senses. The ashes with which they cover their bodies represent the detachment from life’s illusion. The trident, the holy fire, the shell are tied together by never ending legends and stories.