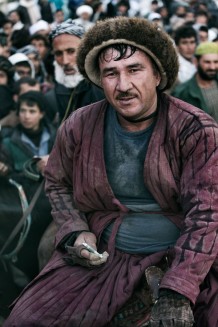 Buzkashi is the Central Asian equestrian game. Literally meaning “goat grabbing”, Buzkashi is the national sport of Afghanistan. According to legends, it appeared in Afghanistan at the time of Genghis Khan’s first invasion, and in addition to stolen goats, it was played with enemies – enemies instead of goats - so it was an action of war. The prisoners were thrown in front of horse riding winners and contended by them. Transformed in game by time, it remains a performance of war, a battle where warriors’ courage, cunning and strength of players are strongly exalted, as well as horse-owners’ power. This is a tough men’s world where women are not admitted.

As a Westerner woman photographer, I was allowed to stay as a welcome guest, in the best Afghan style. I had no problems in Mazar-i-Sharif and Balkh, but once in Herat I was harassed and stoned by a group of boys and men of the audience. Riders, called chapandaz, looked always proud to be portrayed.

In the past Buzkashi was played by each rider against all. Wrestling matches followed Buzkashi for horsemen had to be able to beat their adversaries also on the ground, on hand to hand fights. During the Taliban regime Buzkashi was banned.

At present traditional Buzkashi may go on for several days, but in its more regulated tournament version it has a limited match time. There are two main types of the competition: Tudabarai & Qarajai. A carcass of goat or calf is placed in a circle and surrounded by the players of two opposing teams. The carcass is beheaded and disembowelled and has its limbs cut off at the knees. It has been soaked in cold water for 24 hours to be harder, and sometimes it is filled with sand to be heavier. The game consists in grasping the carcass and bringing it to the scoring area. In Tudabarai the carcass has to be carried away from the starting circle in any direction, before reaching the scoring area. In more complex Qarajai from the starting circle it has to be carried around a flag or marker at one end of the field before reaching the team’s designed scoring area at the other end of the field.

The competition is fierce and the only rules are that it is forbidden to tie the carcass to his own saddle and to beat the opponent’s hands in order to grasp the goat. Since arduous training is as important as strength, the best chapandaz are usually in their forties. Similarly Buzkashi horses are as severely trained as strong.

Besides honour, good reputation and power for himself and for the horse-owner, the winner of each match receives a prize (usually money or fine clothes) from a sponsor - an authority or a rich man - who sits comfortably in the tribune.

Game within the game, the audience tests his courage staying as closer as possible to the action, risking to be hit by horses or by the patrolling police.

The iconography of Buzkashi is even more powerful than the competition for me. To my Western imagery it is full of reminiscences of painting, from the equestrian battles of Paolo Uccello, Leonardo Da Vinci (Battle of Anghiari), Pieter Paul Rubens, Eugène De La Croix to Pablo Picasso’s Guernica. 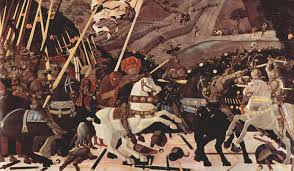 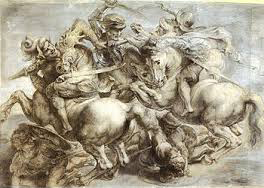 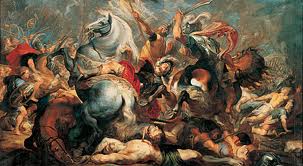